Solkan, which is just minutes from the city of Nova Gorica, is most known for its 85 metre-long stone railway bridge which claims to have the largest stone arch in the world. It was completed in 1905 but during the Sixth Battle of the Soča Front in 1916, it was blown up by the Austro-Hungary Army so that the Italians couldn’t seize it. Later, after the Treaty of Rapallo, when the territory was occupied by Italians, the stone arch was reconstructed. 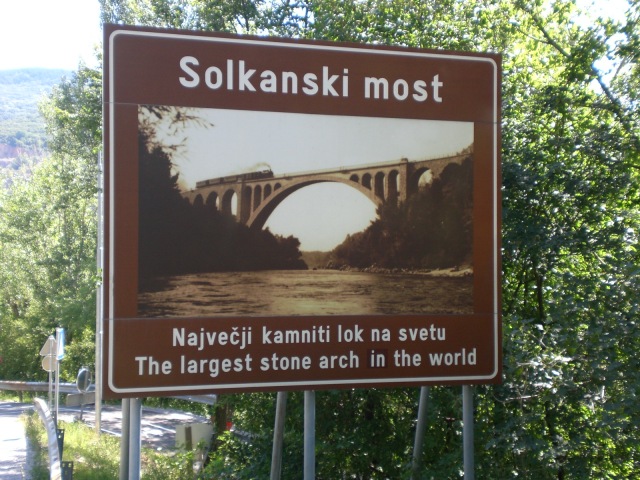 There’s also so much more to see and do in the area, as I found out during my recent 2 day visit. I stayed at Hotel Sabotin, a 3-star hotel which is well located for seeing all the sights of Nova gorica and Solkan, and has air-conditioning and a good restaurant.

Almost adjacent to the railway bridge which runs over the stunning emerald green Soča river, the road bridge is a popular place for kayaking and bungee jumping. In fact, whilst I was there there were some brave/fool hardy/adrenaline junkies (delete as appropriate!) leaping off the bridge into the abyss below. Unfortunately, I wasn’t quick enough with my camera to snap it but, to get the gist, here’s a picture of what lies beneath! 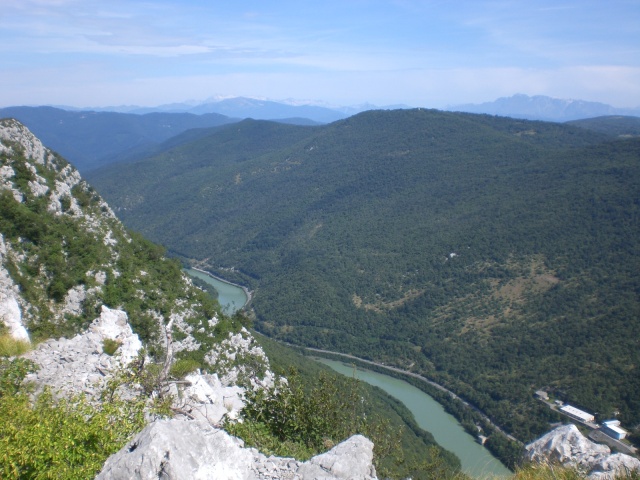 As ever, I prefer to explore an area by getting up above it to enjoy the best views and nature and Solkan has two great options right on its doorstop.

The first is Sveta gora (Holy Mountain) and the Basilica of the Assumption of Mary which is a popular pilgrimage site and also part of the extended Slovenian Mountain Transversal, however, you can also drive up if you don’t fancy the walk. There are numerous paths, many of which lead through First World War bunkers, so if pitch black tunnels aren’t your thing, then choose your route wisely! I chose a route which included bunkers but, in all honesty, after the first, relatively short one, I chickened out of the second 260m-long one and instead took the path around it. Although the sight is impressive up close, and offers panoramic views, you can’t actually get a feel for its sheer size from up close and, for me, the best view of Sveta gora came from the second hike I did that same day, to Sabotin. 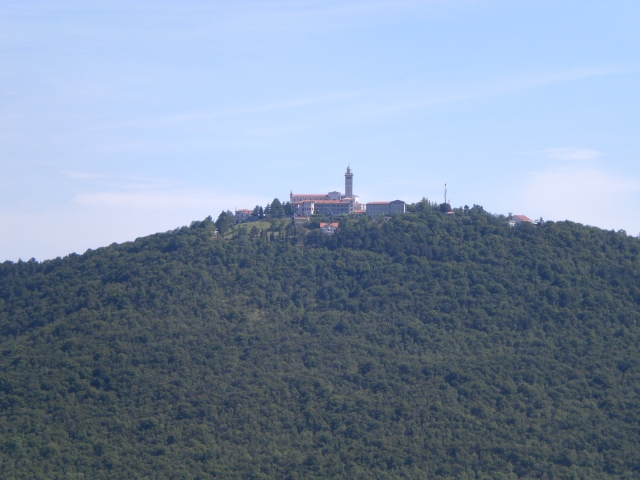 Looking at Sveta gora from Sabotin

Mount Sabotin is full of interesting sights and sites. It is where the Alps, the Dinaric Karst and the Mediterranean meet. The ruins of the former St. Valentine’s Church and the entire area has been proclaimed a cross-border Park of Peace. I chose the southern route up, which is easier than the northern approach. You can also go further along the ridge and visit the Dom na Sabotin hut (609m) for refreshments, which formerly served as a frontier barrack of the Yugoslav National Army, and where you can also see exhibits from the First and Second World Wars. 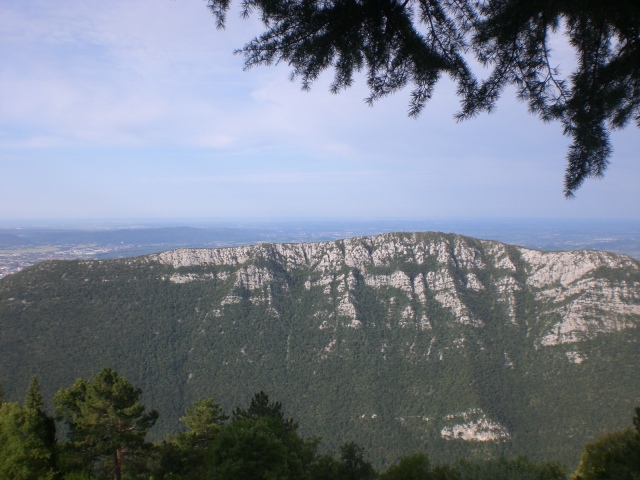 Whilst in the area I also took time to visit the city of Nova Gorica which lies directly on the border with the Italian city of Gorizia (Gorica). The railway line forms the border between the two countries and when you emerge from the railway station you could be forgiven for not knowing which country you are actually in. In fact, the few metres directly in front of the railway station, in Trg Europe (Europe Square) are, these days, jointly shared between the two countries and was named in remembrance of Slovenia’s accession to the EU in May 2004. 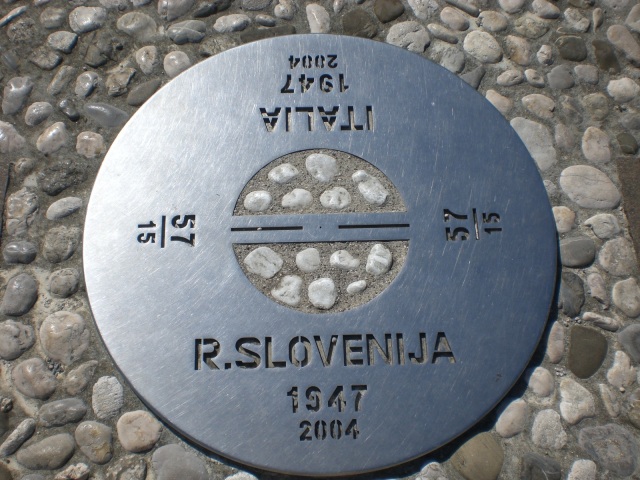 In the past, however, it was all very different. A (very) brief history; From 1500 until the First World War, Gorica belonged to the Hapsburg. During the First World War local people had to flee as refugees due to the conflicts between the Austro-Hungarian Monarchy and Italy. On their return there was a new state: Italy. After the Second World War a new state border was created between Italy and Yugoslavia, which led to the growth of new Gorica – Nova Gorica.

These days Nova gorica is probably best known for its many casinos. However, there city also has many sights of interest, too numerous to list here, but below are some of the main ones.

The railway station, which is the oldest public building in the city and began operating in 1906, and also houses the Kolodvor Museum Collection. 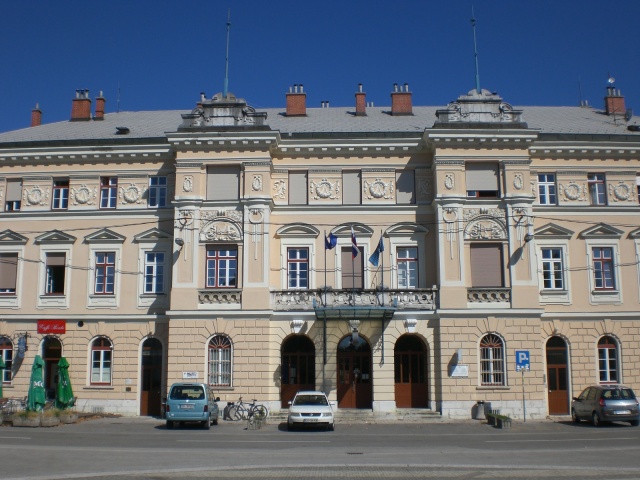 The roof of a tunnel for pedestrians and cyclists is entirely covered in plastic daisies created by Jure Poša. The city has many green areas, squares, and statues. In fact, there is an entire street lined with busts and statues (Erjaceva ulica) – The Alley of Remembrance. 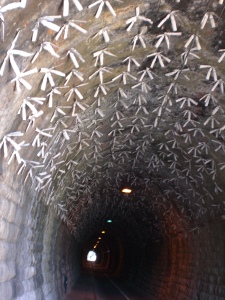 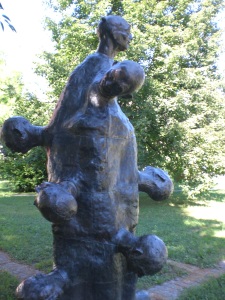 The Church of the Annunciation of Mary and the adjoining Franciscan Kostanjevica monastery stand on a small hill between Gorica and Nova Gorica on the Slovenian side of the Slovenian-Italian border. 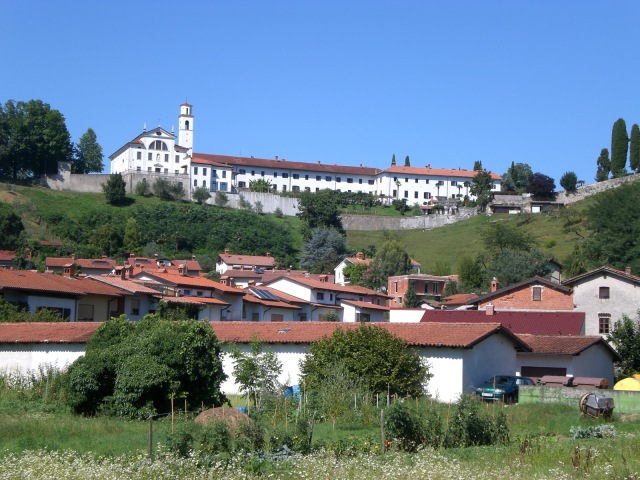 Here are some useful links for more information about the area and the places mentioned above:-