I was on the radio (again) this week, this time on Radio Slovenia featuring in their series of ‘Land of Dreams’ broadcasts about foreigners living in Slovenia. If you want to hear more about my life here in Radovljica, why I’m here, what keeps me here and hear a few insider tips, then take a listen. Before anyone corrects me – and they will as Slovenes are nothing if not perfectionists (someone actually once went to the time and effort to call me to tell me there was a spelling mistake in an advert I had written; the ‘mistake’ amounted to one ‘e’!) – I know, only too well, having been there on numerous occasions that Stol isn’t 2400 metres high but I was had a microphone in my face and it was a slip of the tongue!). So is Slovene really a ‘Land of Dreams’? As a tourist destination I wholeheartedly believe it is; as somewhere to live perhaps less so, especially if you need to make a living it’s tough going, but it’s my home and I wouldn’t have it any other way – https://www.youtube.com/watch?v=kKMx99NwsxM&index=63&list=PLnbpYjwaZ3nrsihfBfUy-mf3jsLDSsDAn

It was another busy week and, believe it or not, a WHOLE WEEK WITHOUT RAIN, well until the storm on Sunday evening but we won’t mention that little detail! Being about the first time that has happened since June, it is indeed something to write about! It’s funny how this year the appearance of the sun, or at least the non-appearance of rain, is actually a talking point in itself. Last week I mentioned I was hoping to go to Koper to the Sladka Istra Sweet Festival on Sunday, however, I didn’t go; though for once it wasn’t the rain that curtailed my plans but instead the major road works taking place on the motorway to/from the coast, meaning one lane is closed in each direction. On Friday there was a 20km tailback and I really didn’t fancy getting stuck in something like that especially since Sunday afternoons are notoriously busy with day trippers and holidaymakers returning from the coast. The road works are due to continue for another month so if you are planning a trip in that direction it might be wise to check the traffic information website for live updates, a link to which can be found in the ‘Useful Tourist Information’ section on the right hand side.

On Wednedsay I met David and Leslie, a lovely couple from Kansas, USA, who were on a whistle stop tour of Slovenia, and who I helped with some of their trip plans. Despite being possibly the most jet-lagged people I’ve ever met, they stoically landed in Slovenia on Wednesday afternoon, checked-in at their hotel in Bled, went straight to Vintgar Gorge, then came to Radovljica where we met for a short tour of the old town followed by dinner at Lectar Inn; determined as they were to stay awake and adjust to European time. The next day they undertook a driving tour of the Julian Alps, including driving over Slovenia’s highest mountain pass, Vršič (1611m), which is no mean feat when they had never driven a car with a gear stick before! They survived to tell the tale though and thoroughly enjoyed their (all too) brief visit to Gorenjska.

I also enjoyed a meal with a friend to celebrate her finding a new job. As she regularly plays golf at Bled Golf Course, we arranged to meet there and had dinner at the Lake House Inn. It was here that last year I also enjoyed a lovely birthday celebration with friends and family. As is to be expected on a golf course there are lush, green, tranquil surroundings, however here they come with the added bonus views of the surrounding mountains of the Karavanke range, all-in-all making for a very pleasant place to spend some time whether a lover of golf or not – oh and the food’s well worth coming for too! 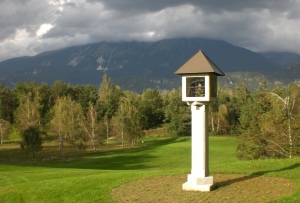 Being home to the Museum of Apiculture (beekeeping), Radovljica is inextricably linked with beekeeping and throughout the year there are several events linked to it. This weekend, it was the turn of the Festival of Honey, held at the Beekeeping Education Centre of Gorenjska, which is in Lesce, halfway between Radovljica and Bled. There was all mannor of honey relating things going on including a demonstration of cooking using honey from one of Slovenia’s top chefs, Uroš Štefelin, honey cocktail mixing, honey ice-cream, honey beer, massages using honey and more. They did our bees proud! 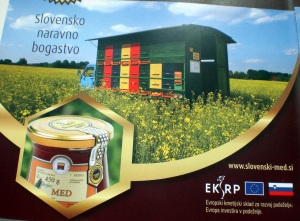 Also on Saturday, in the village of Mošnje, the annual Mošnje Days event took place. It’s a celebration of local food, drink and crafts, and also an opportunity to have a look at the village museum and the Vila Rustica archaeological site. I also bumped into Radovljica’s mayor there and shared a chat with him over a thimbleful of homemade walnut schnapps. We were both in agreement about being proud to live in Radovljica and about the achievements and progression that has been made here in the past few years – long may it continue (there are also more pictures of the day, as well as other things I have blogged about, on my Pinterest page). 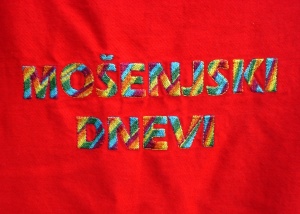 Bled has once again been making the headlines this week, this time being named as of the 30 Most Beautiful Small Towns in the World. Read more about it here – http://www.architecturendesign.net/the-30-most-beautiful-small-towns-in-the-world-2-is-an-amazing-secret/