The annual Bohinj International Wild Flower Festival will take place from 21st May to 5th June and this year, the 10th successive year, marks a jubilee. The first festival was held in 2007 and since then it has been growing (pun intended!) in popularity, and gaining ever more recognition, by the year.

The main theme of the festival is the presentation of alpine flowers in the waters, meadows, hills and mountains of the areas surrounding Bohinj Lake, part of Triglav National Park.

During the festival a variety of events take place including guided walks and hikes, workshops, local craft and farmers markets, exhibitions, excursions, concerts and culinary evenings.

There are also activities for the whole family including a ‘Weekend for Families and Children’ which includes flower-related events as well as participation in water sports and other outdoor activities. 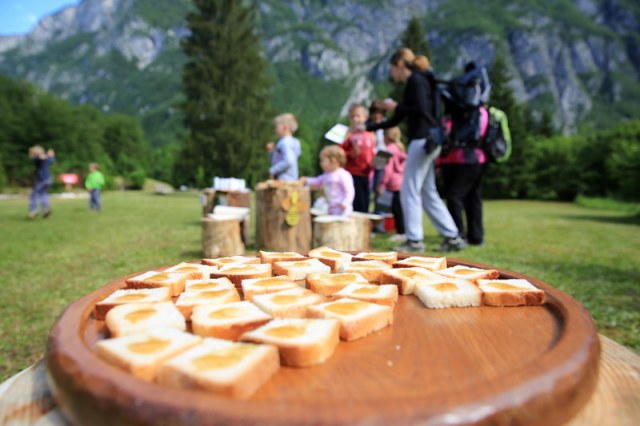 You can get really hands-on at many of the workshops, first picking the flowers, then preparing them for various uses. 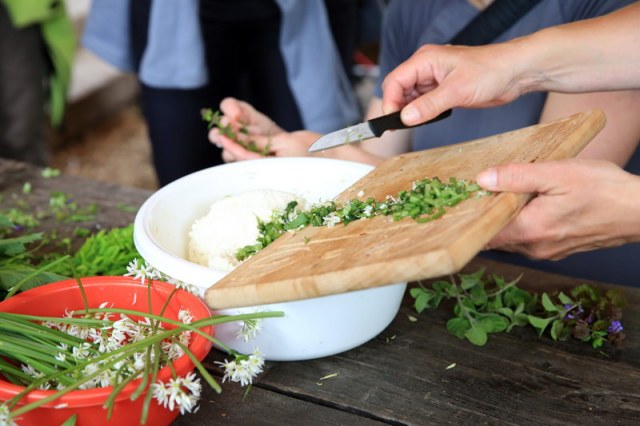 Culinary evenings take place at selected local restaurants, such as at the restaurant at Camp Danica in Bohinjska Bistrica, seen below, where you can enjoy local delicacies, such as trout, paired with edible wild flowers. 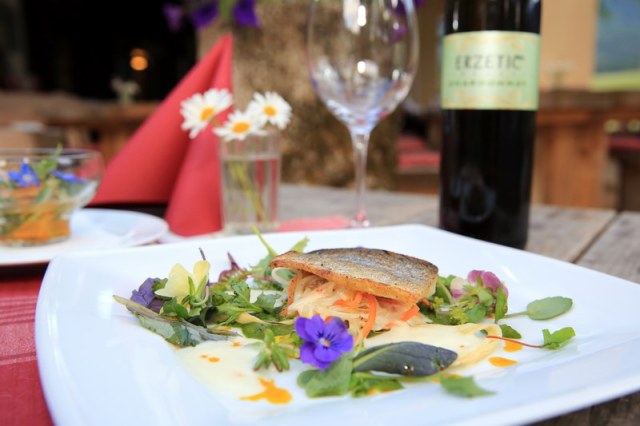 There are around 70 known types of flower which are endemic to Slovenia, and/or the immediate surroundings. A walk among them is a botanist’s dream. Theses species include:

Zois’ bellflower – endemic to Slovenia, Austria and Northern Italy and most prevalent in the Julian and Kamnik-Savinja Alps (shown below)

Triglav Hawksbeard – discovered by one of the first four men to climb Triglav in 1778. It was found near where the Planika mountain hut now stands. It is very rare and is on the list of threatened species. So rare, I haven’t yet found it to photograph myself!

European False Stitchwort – first discovered near Ljubljana Castle in 1762 by the Carinthian botanist Jesuit Franc Ksaver Wolfen. It belongs to the Pink family, to which carnations also belong.

Trenta Scabious – discovered over 200 years ago in Idrija by a physician. The original finding is preserved in Slovenia’s Natural History Museum. 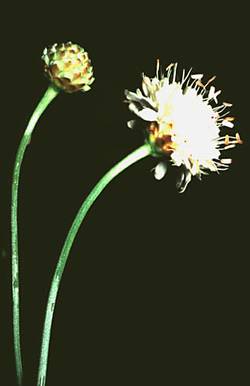 Depending on the weather – late snowfall can sometimes mean the season begins later – you can expect to find wildflowers in the meadows and highlands from the end of May through to late summer.

If you are interested in wild flowers, and/or considering a visit, here’s a sneak peek of what you can expect to see, those that I have been lucky enough to encounter on my hikes within Triglav National Park. 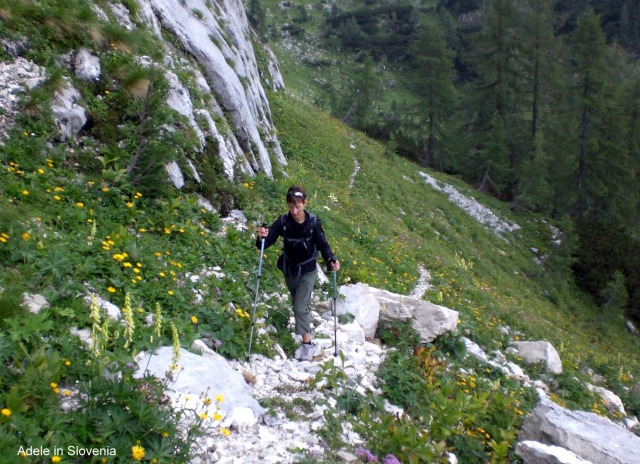 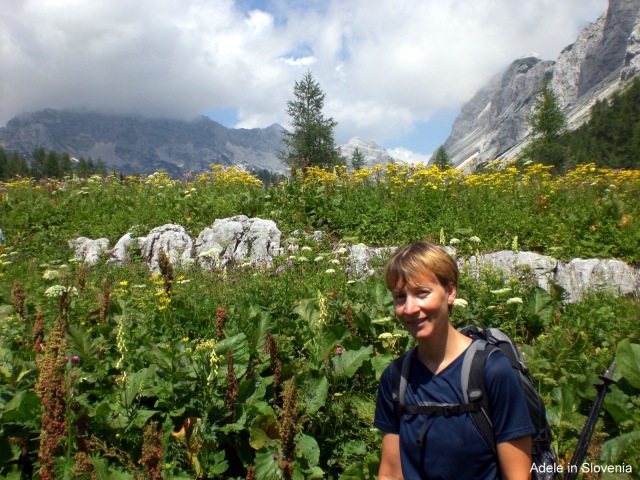 Here are a few of my close-up snaps. 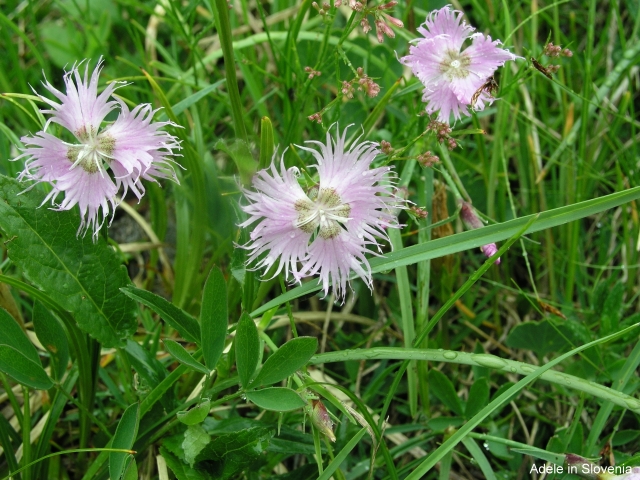 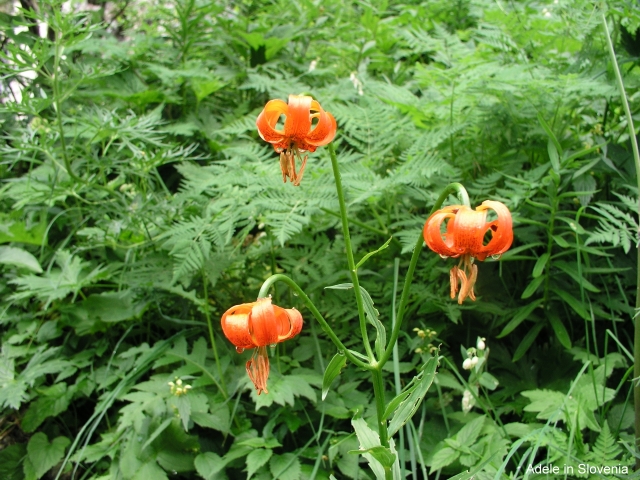 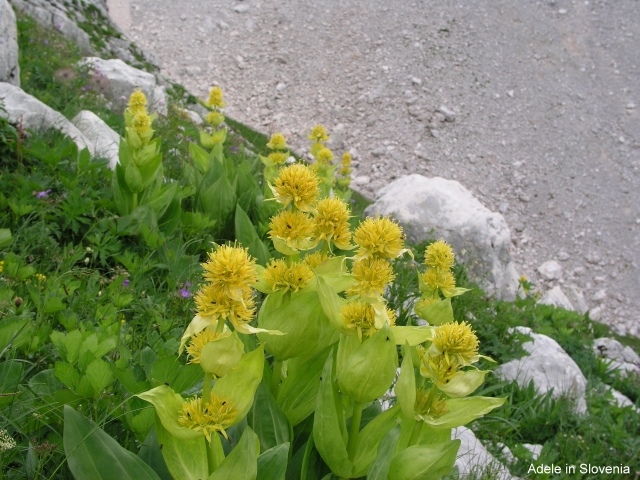 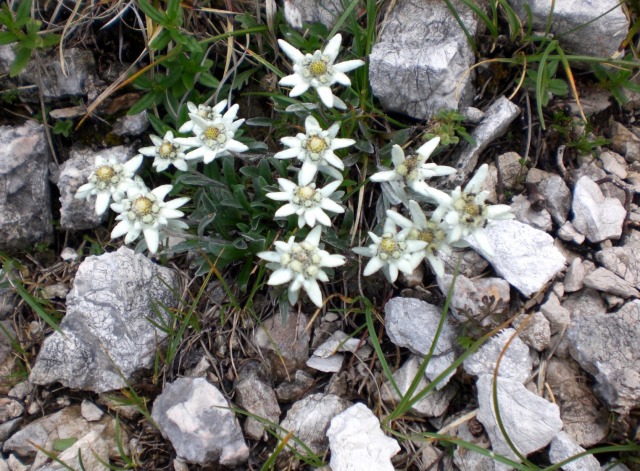 You can read more about the festival and find the whole of this year’s programme here – http://www.bohinj.si/alpskocvetje/eng/index.php

One thought on “The Bohinj Wild Flower Festival – A Jubilee Year”