The well-kept village of Sorica is considered to be one of most beautiful mountain villages in Slovenia. As the tourism writer Rudolf Badjura wrote ‘It would be necessary to travel some distance around the world to see such a beautiful village.’ And even though it didn’t look its best on a slightly overcast February afternoon when I visited, when nature’s hues are still somewhat subdued after the winter slumber, one can easily imagine how glorious it must be here in the warmer months when nature is at its vibrant best.

Sorica is known as Grohar’s village (Groharjeva vas) as it is the birthplace of one of Slovenia’s most esteemed impressionist painters, Ivan Grohar (1867-1911). 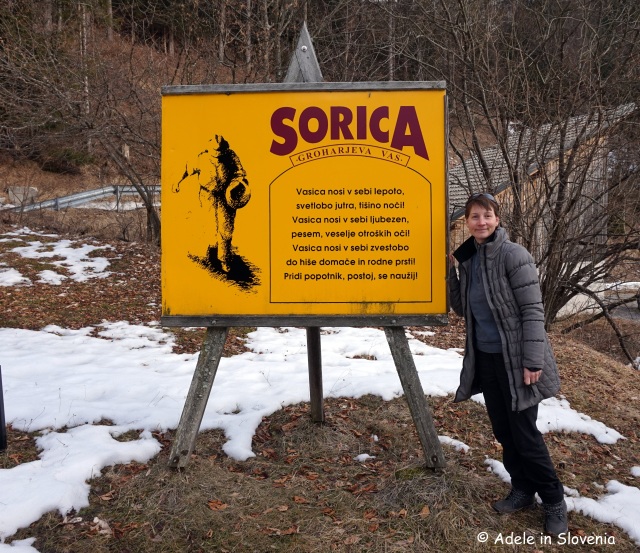 The best way to get acquainted with the village is by walking the theme path ‘Path through Sorica’, which begins in the centre of the village between the Gostilna Macesen restaurant with rooms and Grohar’s House (Groharjeva hiša) – Ivan Grohar’s birth house.

With views like this, it’s easy to see where Grohar got his inspiration! The 18th century Baroque parish church of St. Nicholas contains a ceiling fresco of ‘The Last Supper’ by another of Slovenia’s esteemed painters, Janez Šubic from Poljane.

Tone Logonder, the sculptor of the statue of Ivan Grohar which was placed here in 1981, received the Gorenjska Prešeren Award for his work. 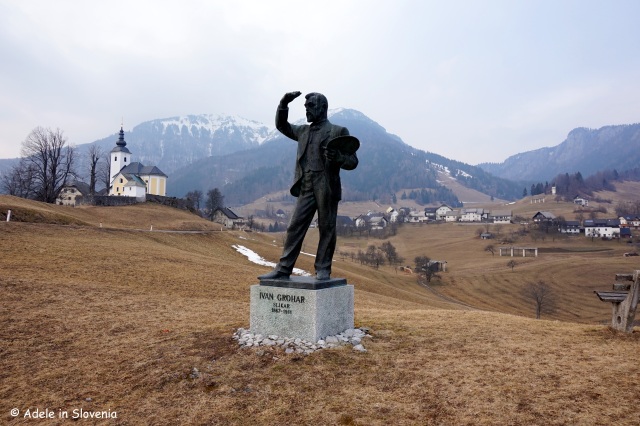 Rather than just being a museum, locals wanted Grohar’s House to once again come to life and a winning formula was found in making it into a kind of one-stop cultural centre which has become particularly popular for school field trips, and visits for private groups can also be arranged. The ground floor features a gallery. 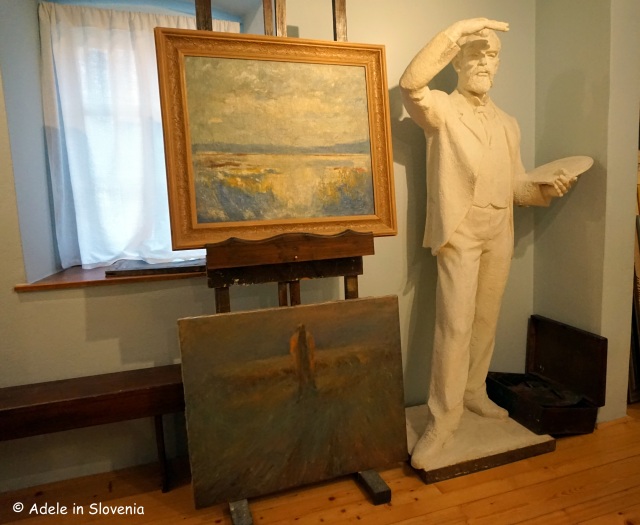 On the first floor you can indulge your creative side and take part in a workshop in the music room.

And then head up to the upper floor to the artists’ workshop to have a go at creating one of your own pictures to rival that of Grohar!

You can choose to just soak up the views of the village and its surroundings, set off on one of the many paths in the hills and mountains or, for those with a thirst for more active pursuits, head up to Soriška planina where in winter you can ski and in summer there are numerous scenic and interesting hiking trails. 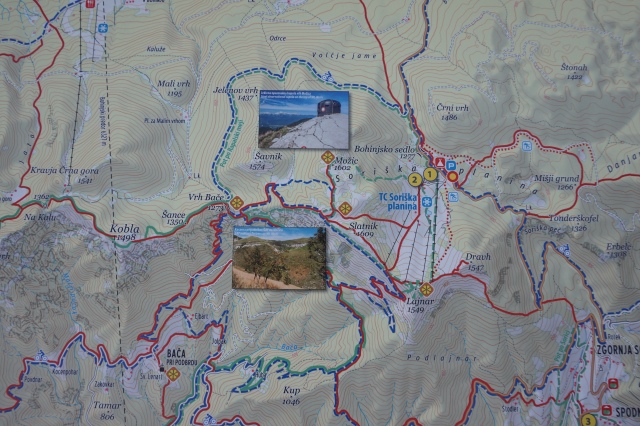 Soriska planina can be reached from several directions; from Škofja Loka via Železniki, from Bohinjska Bistrica or from Most na Soči via Baška Grapa.

Facilities at the Soriška planina ski resort consist of a two-person chairlift, 3 drag lifts, a children’s drag lift, a snow park, a sledging track, cross-country ski trails and a restaurant.

I had previously hiked in this area in the summer, but prior to last week had never seen it in its winter glory. Even for non-skiers like me, there’s still snowy fun to be had! Here I am at the highest point of the ski resort looking back down over the village of Sorica.

One of the most interesting features of this area are the numerous bunkers, barracks and other fortifications remaining from the time of the Rapallo Border – a former border that existed during both world wars between Yugoslavia and Italy.

Below you can see the bunker on Lajnar, and you can also continue to others including on Možic, Slatnik and Dravh.