One of the features of Slovenia’s cuisine that makes it so unique is its diversity, which is largely due to the influence from surrounding countries – Austria, Italy, Hungary. These days it is perhaps even more diverse due to the emergence of some world-class chefs who are taking traditional Slovene food and giving it a modern twist, and also due to the increasingly multi-cultural population consisting, in particular, of people from other former-Yugoslav nations.

An example of this was the event ‘Multikulinarika‘ event which took place last Friday in Jesenice. Held in the Kolpern Hall at the Stara sava area (which I wrote more about in last week’s blog), the event is designed to showcase food from various nations and unite them all under one roof. There were 21 different countries represented at this year’s events including; Macedonia, India, Mexico, Albania, Serbia, Bosnia & Herzegovina, Belarus, Spain, Kosovo and of course Slovenia!

Taking the lead from Radovljica’s Chocolate Festival – more about that below – tasting takes place through the purchase of tasting coupons. As you can see from the photo below, I bought some and began to work my way through the cuisine of various countries!  The only problem was that there were so many different things on offer, and it was so busy, with the stands so tightly packed together, that I lost track of what I was eating and from which country! I was hoping to have a chance to chat with the stall holders, to find out more about what they had on offer, their country specialities etc., however, the crowds and the lack of space made it almost impossible. So, in the end I just headed to the stalls that were most reachable and managed to come away with plates laden with various types of burek, breads, potica, cakes, baklava and more! 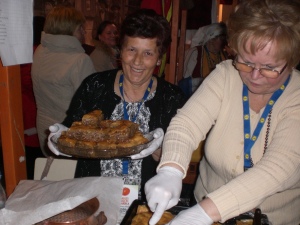 I can see this event going from strength-to-strength, however, the organisers really need to find a larger venue which allows more space for the exhibitors, the visitors and the accompanying programme. Here are a couple more pictures of the various dishes on offer, more can be seen on my Pinterest page! 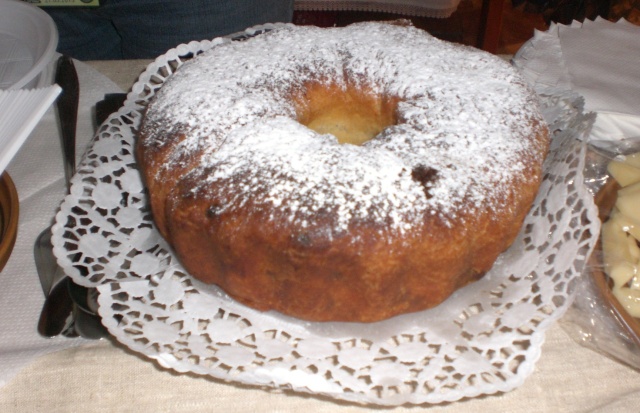 I have been fortunate to be privy to some of the as-yet closely under wraps, and still being finalised, details of this year’s Radovljica Chocolate Festival. The festival takes place over 3 days from 17-19th April and, in addition to the regular programme of chocolate tastings, sales and entertainment, the programme this year has quite a number of exciting new features too including; an extended festival area including a Chocolate Avenue and Chocolate Kitchen; an exclusive children’s entertainment area; a marquee where the chefs from the Taste Radol’ca restaurants will be cooking up special dishes; a Chocolate Party and other evening entertainment. You can also follow the latest news about the festival on the festival website – http://www.festival-cokolade.si/en/ and on Facebook – https://www.facebook.com/events/341095372765995/

In last week’s blog I wrote about the new route being launched by Adria airlines, Slovenia’s national carrier, offering flights 3-times per week from Maribor, Slovenia’s 2nd biggest city, to Southend-on-Sea in the UK. I’m definitely a supporter of more flight connections to/from Slovenia, especially if they are reasonably priced. The Adria flights went on sale yesterday with prices from 69 euros return and, unlike the so-called ‘low-cost’ airlines, these flights include 23kg of luggage, plus hand-luggage at no extra cost. Additionally, as an opening offer, they are throwing in a free return train ticket to London. What’s not to like! Click on the link on the right-hand-side of my blog to get booking those bargain flights!

Still on the theme of transport, I read this week about a new daily bus route from Vienna to Trieste in Italy, via Ljubljana. This also has to be another useful addition as many tourists visiting Slovenia from further afield, fly into one of the surrounding airports, such as Vienna or Trieste and this offers another choice of ways to reach Slovenia. More information here (in Slovene)  – http://www.javniprevoz.si/prevozi/avtobusni-prevozniki-slovenija/nova-vsakodnevna-avtobusna-povezava-dunaj-ljubljana-trst/

This article, published in The Guardian newspaper yesterday, about 10 of Europe’s best national parks, lists Triglav National Park, Slovenia’s only national park, at number 2. Just another reason to come and visit! http://www.theguardian.com/travel/2015/mar/30/10-europe-best-national-parks-italy-france-spain

Finally, I wish you all a very HAPPY EASTER!