Jelendol is a small village located at the far end of the Dovžan gorge in Tržič. Although it takes a bit of an effort to reach the village, and even more so to reach the Stegovnik waterfall, you will be rewarded by seeing this unique village and impressive waterfall away from the madding crowd! It is also the start point for numerous hikes in the Karavanke mountains – with so much choice, it’s hard to know which way to turn! 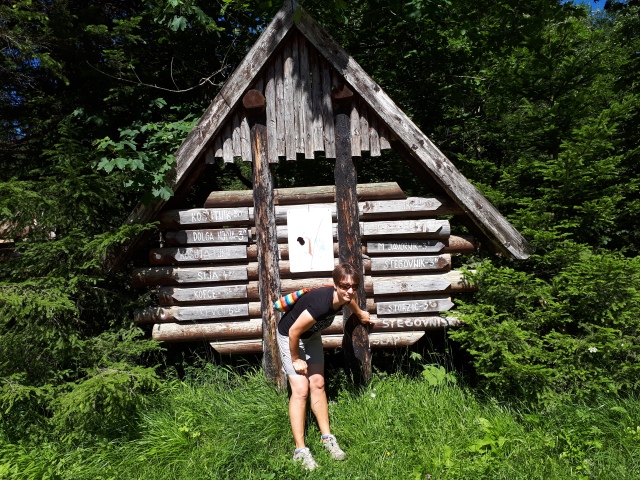 It’s hard to imagine what it must have been like for residents of the villages following the devastating floods of autumn 2018, which destroyed much of the gorge, the road, and caused significant damage to many of the houses closest to the river. At that time, the only way into or out of the gorge for the residents of Dolina and Jelendol was on foot to the start of the gorge from where they were picked up by minibus and taken to school, work, etc.

Now, the road through the valley has been repaired and numerous improvements have been made to the surrounding infrastructure too, so, provided you have a car, access is easy and, by combining a visit to Jelendol and the Stegovnik waterfall with a visit to the Dovžan gorge, which I blogged about recently, you can make a day of it. Read more here – https://adeleinslovenia.com/2020/06/24/visit-trzic-escape-the-heat-and-have-an-adventure-in-the-dovzan-gorge/ 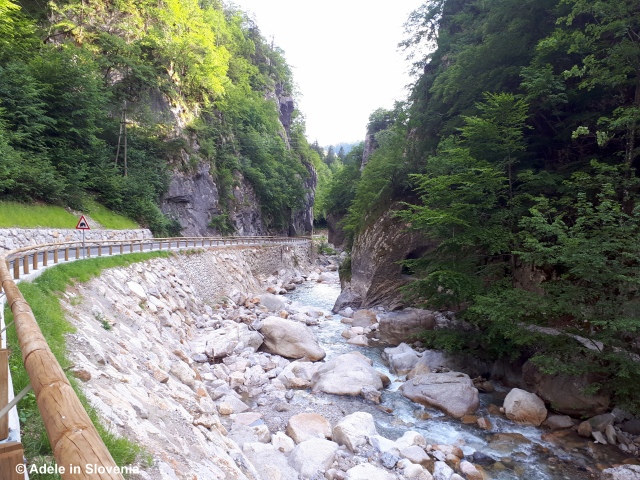 Jelendol is inextricably linked with Baron Karel Born (1876-1957), a politician and entrepreneur, who owned as much as a third of all the forest in Jelendol and the surroundings of Tržič.

Born set up an electric saw in Jelendol that used electricity from a domestic small hydroelectric plant. He built a plant to make staves for barrels, then in 1903 he built a 5.5km long railway line, and a main loading station in Medvodje. Horses were used to transport wood from Košuta and Stegovnik, and the wood was then transported by rail to the sawmill in the then Puterhof (renamed Jelendol in 1955). The line crossed the Tržiška Bistrica river several times, which required the construction of ten small wooden bridges. During the war, the sawmill and other buildings were razed to the ground twice by partisans, and the locomotive was even mined.

Nowadays there are still plenty of reminders of Born’s influence on the village; at the crossroads of the road towards Medvodje (to the right) and the road to the left (towards the fire station and onward on the forest road) there are information boards featuring information about Born and his contribution to the economic development of Jelendol (alas, only in Slovene)…

…while just a short walk leads to the Born family tomb, to where, in August 2008, Karel Born’s remains were transferred from the Vienna cemetery. 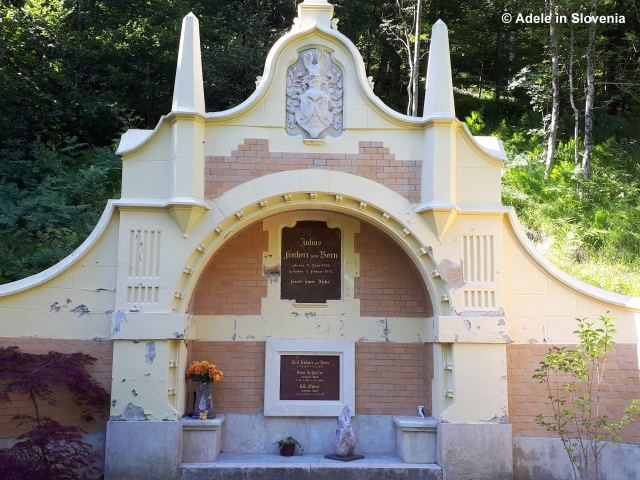 Having visited the tomb and had a wander round the village, you can continue your way by taking the right fork in the road towards Medvodje. Follow the dirt road for quite some time (I suggest by car or by bike – on foot would be a long slog!) until you reach a parking area near the ruins of a former barracks, where there is a sign to the waterfall. This is also the start point for hikes towards the mountain pastures beneath Košuta. 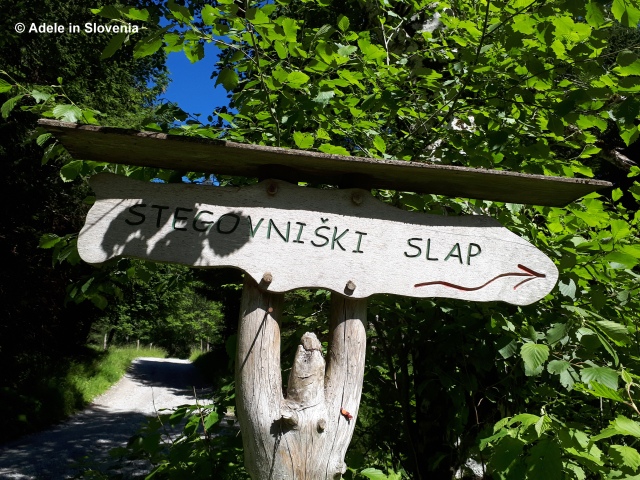 Though the waterfall only drops around 15 metres, it is still quite impressive, and lovely and cool in the heat of the summer too! 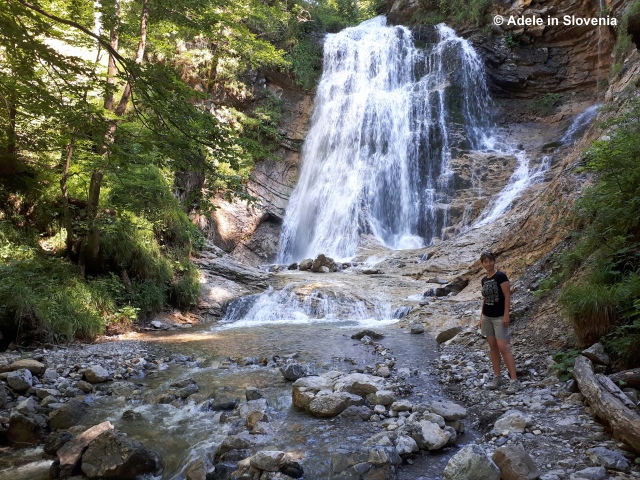 During summer you can also visit Tržič every Friday on the Hop-On Hop-Off tourist bus, which includes free guided tours of the Dovzan gorge and Tržič old town centre.