Winter seems to have come early this year and, though the snow might look beautiful, I can’t say I’m ecstatic about it!

The past 2 years we haven’t had any significant snow until after Christmas, but last week’s dismal weather brought quite a significant amount of snow to higher-lying areas, and even a bit of the white stuff fell in lower-lying areas too.

I’m trying to be optimistic that perhaps we will still get a (very) late autumn with some milder temperatures, though, it’s look increasingly unlikely. But ‘glass-half-full’ and all that…

So, in an attempt to once again get accustomed to winter, I was up with the lark and braved freezing early morning temperatures to head up St. Peter’s Church above Begunje na Gorenjskem, just 10 minutes drive from Radovljica.

Though its not easy to drag myself out of bed when it’s so cold and dark, the rewards are (usually!) worth it, which was certainly the case this time, as you can see below! 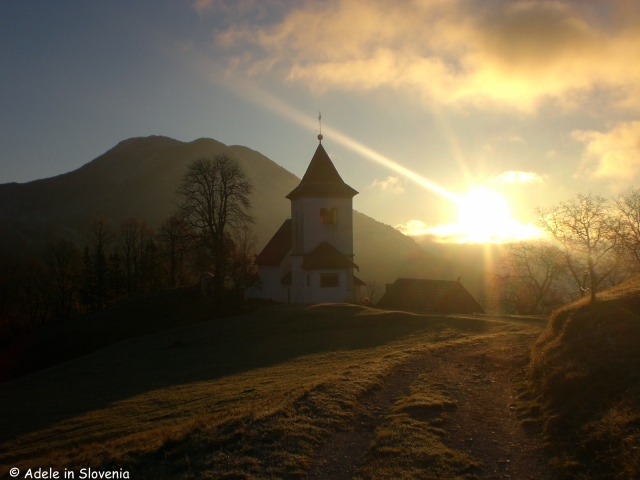 The valley was still shrouded in low cloud and Triglav and the other peaks of the Julian Alps were looking particularly majestic.

I continued up to Smokuški vrh.

And this was my reward. Brilliant, warm sunshine and stunning views. It was tempting to linger there for a while, alas, the pile of translating awaiting me at home was ever present on my mind. But, I’d go, and will go, again in a heartbeat, even if it means an all-to-early start to the day! 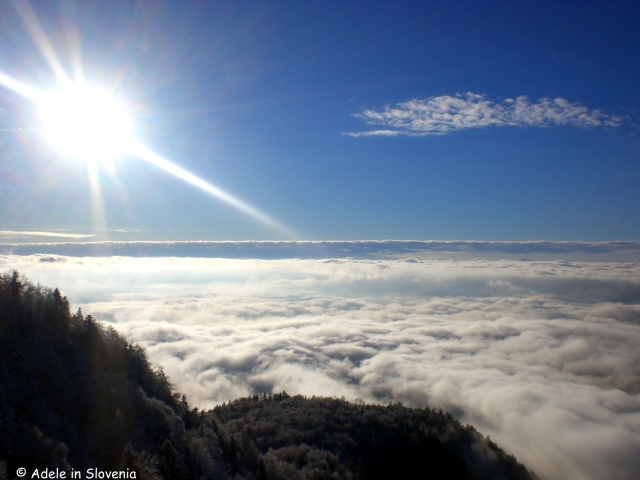 A case of the early bird catches the worm and the early winter and all that…!

2 thoughts on “The early bird catches the early winter of 2016!”