After a process that took almost 10 months and was, at times, exasperating to say the least, I finally became a citizen of the Republic of Slovenia on Tuesday 10th September 2019!

After such a lengthy and laborious process, which began with me passing the Slovenian language exam and was thereafter followed by a period of gathering documents, more documents and more documents, the actual official awarding of the citizenship was a simple and quick affair; just a case of reading the official oath, signing a few documents and that was that!

And since it’s said that every Slovene must make it to the summit of Triglav once in their life, four days later I did just that!

Since it’s not every day that one becomes a Slovene, I decided a good old knees-up was in order and invited those who have been, or rather are, an important part of my life here. After pondering where to hold it, I decided on Gostišče Tulipan in Lesce, as it is known for its great traditional Slovenian food, friendly service, spacious rooms and pleasant ambience. 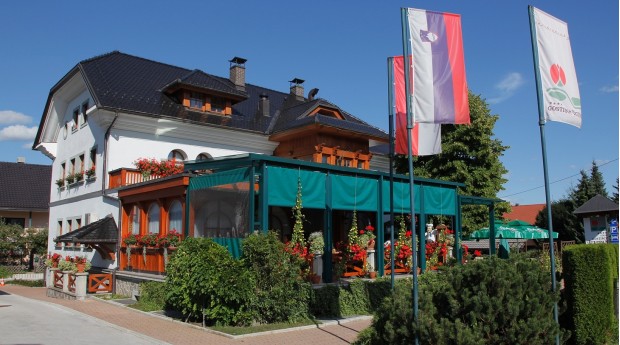 We had the area downstairs to ourselves and it definitely turned out to be the right choice as the organisation and service was exemplary and I was also delighted that I was able to enjoy a great meal in great company without having to worry about being ‘glutened’ as I had agreed the whole menu in advance and given strict instructions re gluten contamination.

So, I’d like to extend a huge thanks to the whole team at Gostišče Tulipan for their efforts and also thanks to all those who came and made it such a great evening.

And Gostišče Tulipan even took care of a (gluten-free) ‘Slovenka sem’ (I’m a Slovene) cake too, which we managed to polish off pretty quickly!

Becoming a Slovene wasn’t easy, as with so many things in life, but I’m proud to be able to say I am and wouldn’t have it any other way!

20 thoughts on “When Adele in Slovenia Became Adele ‘Is’ a Slovene!”