At a height of 2,060 metres, Begunščica is the highest point of the Radol’ca area. It rises above the village of Begunje na Gorenjskem and can be reached from several directions; from Radovljica the Draga valley is the most convenient start point. From the parking area at the head of the valley, there is a choice of two trails to reach Veliki vrh (literally ‘big peak’) – the highest point of Begunščica.

The slightly longer but easier of the two routes leads first on the forest road then through the forest road to the Roblekov dom mountain hut and from there onwards to the peak. Nowhere is it overly steep. 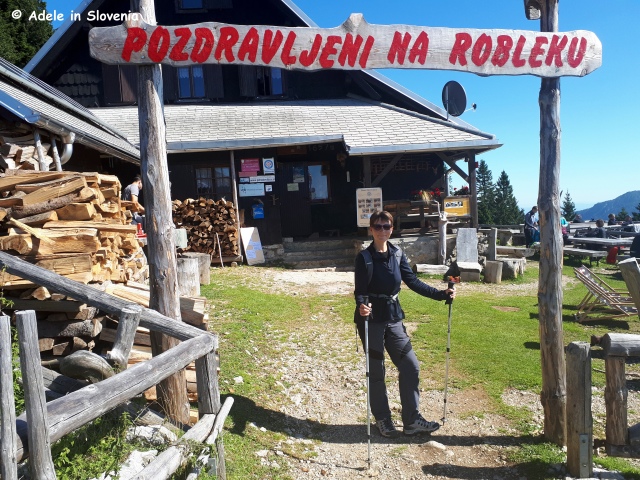 The other trail, and the one I will describe below, is my preferred choice – especially since it makes the perfect circular route – but in places is most definitely steep! It leads first along the Shepherds’ Trail to the Preval mountain hut and mountain pasture, and from there onwards and upwards towards the top, followed by the less steep trail down to the Roblekov dom hut and back to the Draga valley – and all without a single retraced step!

I have already previously blogged about the Shepherds’ Trail, so won’t go into too much detail here, other than to say that, should you decide to follow it as per the details in my previous blog, you should only do so up until the point where you reach the Preval mountain hut and pasture; from there on the trail to Begunščica leads off in a different direction.

From the mountain pasture take the path that leads directly upwards across a steep grassy slope before entering the forest. 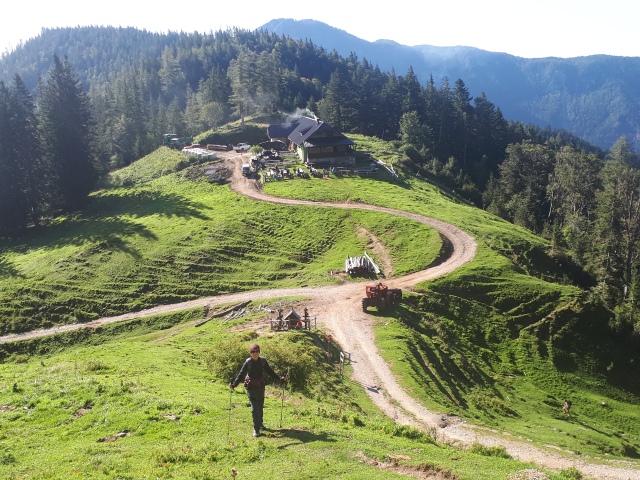 It can seem like a bit of a slog at times, but once you gain some height and in places emerge from the forest, you can forget the more ‘sloggy’ parts and begin enjoying the views!

Once you emerge from the forest there are a couple of metres of scrambling here and there but nothing too demanding.

Once the ground begins to level out you turn left and start heading towards the highest point of Begunščica, but it’s still around half-an-hour to get there yet, even though the sign says 20 minutes!

Then a short section of the walk leads along a ridge – don’t look down if you have a fear of heights!

The views, however, divert your attention and make it all worthwhile!

Until the end of the grazing season you will be ‘greeted’ near the top by a flock of sheep. And even when they have been transported back down to the valley, you will certainly know they have been there!

At the top there is an orientation table and a visitors’ book and you can rest for a while before beginning the descent.

To make an entirely circular route, descend from Veliki vrh towards the west. It takes around an hour to reach the ever-popular Roblekov dom mountain hut, where you can get some sustenance and enjoy more of the stunning views before returning back to the Draga valley – a further cca. 1.5 hours.

Since October is a great month for hiking and enjoying the fruits of the forest, Tourism Radol’ca has launched a prize game entitled ‘The Wealth of the Forest with Taste Radol’ca‘. To enter all you have to do is head off into the forest and share your experience to be in with the chance to win a Taste Radol’ca meal for 2!

More about hiking in Radol’ca can be found here.