Most of July was blissfully hot and dry, and indeed records were being broken left, right and centre, until, that is, last week when a new, less than remarkable, record was set of just 20 minutes sunshine over a 5 day period. Let’s hope that record is consigned to the history books and not repeated any time soon! Fortunately, by Friday the sun had worked its way back and it was immediately hot again. The consequence, however, is that there wasn’t much in the way of hiking and cycling for me for the whole of last week, instead just endless trudges with my umbrella.

Once such ‘trudge’ – though in fairness the remarkable scenery means it can’t be described as a ‘trudge’ – was around the quaint village of Studor. The moody skies and the mountains of the Julian Alps rising up from Bohinj Lake only served to somehow make it even more scenic. 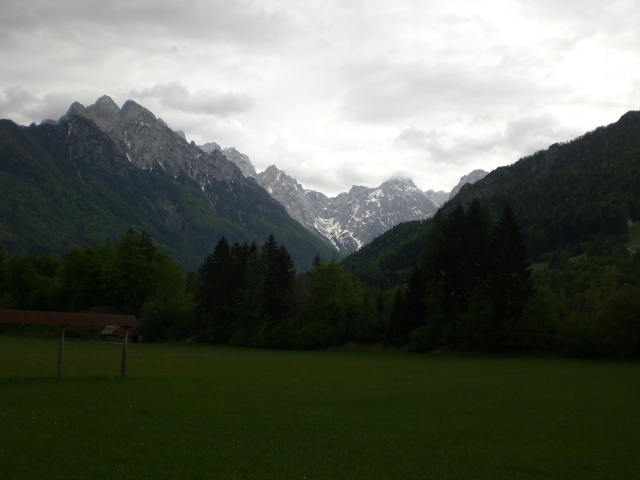 Though only tiny, Studor it is known for its double height ‘toplar’ hayracks.

The Mrcina ranch with its Icelandic horses.

and also the Oplen House Museum (Oplenova hiša) which represents a typical 19th century home where various crafts were carried out and includes a black kitchen – http://www.slovenia.info/en/muzej/Studor-in-Bohinj,-Oplen-House-.htm?muzej=914&lng=2

Meanwhile, in Radovljica, it is noticeable how rain actually attracts visitors to the area. On rainy summer days, the old town centre is often at its liveliest as people flood here from Bled, and the surrounding areas, seeking things to do on a rainy day. Popular attractions include:

The Museum of Apiculture, housed in the Radovljica Mansion, where you can learn all about the history and importance of beekeeping in Slovenia and see the collection of painted beehive panels, each one tells its own story, including the oldest one in the world. 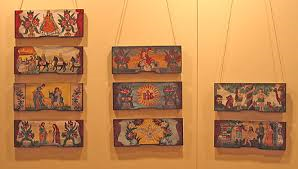 The Gingerbread Workshop at Lectar Inn, where you can see gingerbread hearts being made and decorated, pick up some souvenirs and/or enjoy a delicious meal in the restaurant. 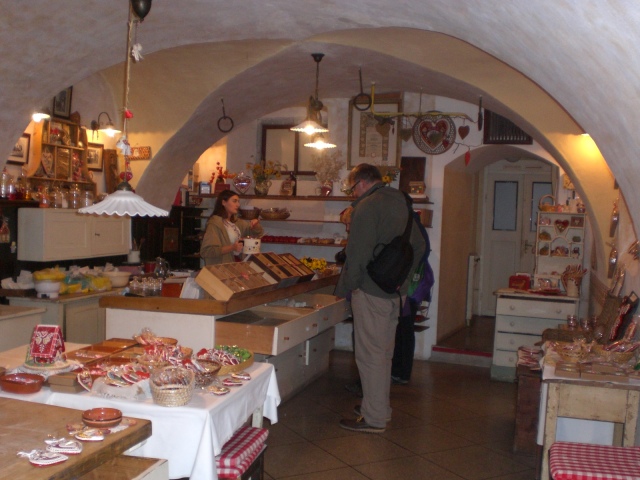 There’s also the Šivec House Gallery, St. Peter’s Church and, a little further afield, the iron-forging village of Kropa, the village of Kamna Gorica with its many bridges and streams, the ruins of Kamen Castle and the home of Avsenik music in Begunje, and the Vila Rustica archeological site and Village Museum in Mošnje.

All of the above mentioned are also accessible on the Hop-On Hop Off Tourist Bus which runs on Tuesdays and Thursdays throughout the summer – http://www.radolca.si/en/hop-on-hop-off-radolca/

Of course, on rainy days food and drink is usually top of most people’s list and Radovljica doesn’t disappoint on this score either with a plethora of cafes, and tasty homemade food at the Taste Radol’ca restaurants including Kunstelj Inn, Lectar Inn, Joštov hram, Vila Podvin. More information can be found here or click on the Taste Radol’ca heading at the top of this page – http://www.radolca.si/en/taste-radolca/