Regular readers of my blog will know that I have written numerous posts about the fantastic hiking opportunities the Žirovnica area offers, among them an ascent of Stol, the highest mountain in the Karavanke range. And now, since all hungry hikers (as well as cyclists and those pursuing other active pursuits) need plenty of sustenance and a ‘reward’ for their efforts, I have now set about delving more deeply into what is on offer at Žirovnica’s restaurants and inns – all in the name of research, of course!

So, let’s begin with a popular and traditional Slovenian restaurant – Gostišče Osvald, which is located on the main road through Žirovnica in the hamlet of Selo pri Žirovnici and is the oldest restaurant in the area.

One of my desires when writing such blogs is to try and uncover and share with readers any particular dishes that are a real speciality of a particular restaurant or area. Hence I left it to owner Anže to dish me up his specialties!

I hit gold with this giant buckwheat ‘krap’! ‘Krapi’ are usually smaller, individual dumplings, filled with curd cheese. This giant one, however, has a small amount of yeast mixed into the buckwheat dough to allow it to rise, is filled with a mixture of curd cheese and millet, and topped with pork crackling – ingenious and delicious!

Another speciality of the Žirovnica area is buckwheat with porcini mushrooms. It’s not dissimilar to a mushroom risotto, albeit it with grains of buckwheat instead of rice, with onion, herbs and sour cream to finish. It can be a hearty and filling dish on its own or a side dish.

Served together with a roast, I left fit to burst!

Anže then showed me around the other parts of the deceptively large building, which features two additional rooms for functions.

The restaurant was built in the mid-19th century. In bygone days there was a barn next door for the horses of horsemen who stopped in Selo pri Žirovnici on their onward travels and stayed in rooms above the barn.

Today you too can stay there – though above the restaurant rather than in the barn! – in the recently refurbished attic rooms, which are simple but make a bargain place to stay and ideal base for exploring the area.

Gostišče Osvald is in close proximity to Čopova hisa (Čop’s House), the birth house of Matija Čop, the first Slovenian philologist, literary historian and librarian, one of the greatest European scholars of his time and a good friend and mentor of France Prešeren.

His birth house is now also home to the Žirovnica Tourist Information Centre as well as the Ajdna Museum Room, featuring an exhibition of artefacts found during archeological excavations at Ajdna. Read more about hiking to Ajdna in one of my previous blog posts.

Also close by is the Avenue of Famous Men, located in front of the primary school in Žirovnica, and part of the Žirovnica Path of Cultural Heritage. You can take a horse and cart ride along the path every fourth Saturday in the month from March to October. 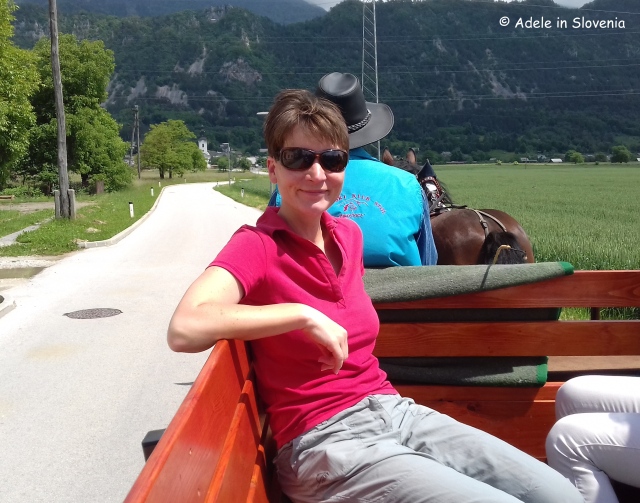 The ‘avenue’ features bust statues of five of the most famous and influential men from the Žirovnica area –Anton Janša, France Prešeren, Fran Saleški Finžgar, Janez Jalen and Matija Čop. 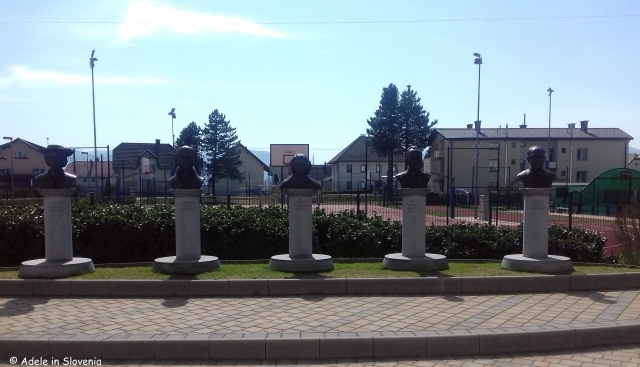