The building houses numerous attractions and institutions, among them the Radovljica Music School, the Museum of Apiculture, the Municipal Museum, two small gallery areas, and the wonderful Baroque Hall. 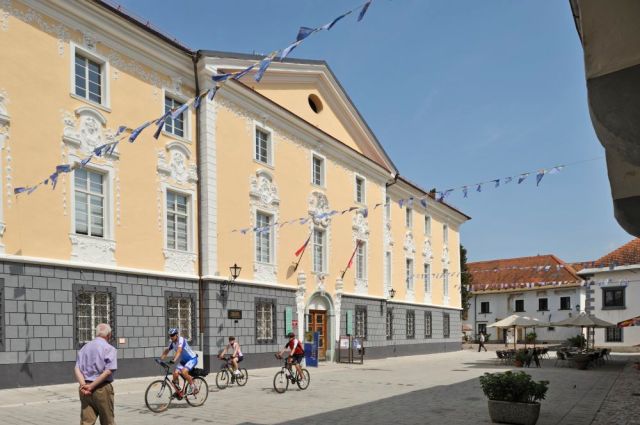 The Orthenburgs built a small castle in the 13th century on the site on today’s manor. The structure was rebuilt following an earthquake in 1511 by the building’s then-tenant Count Dietrichstein, and in the following century it was further expanded by the Counts of Thurn-Valsassina.

Immediately on entering the manor through the impressive, not to mention heavy, door you spot the beautiful grand central staircase, made out of green tuff, which hints at the grandeur of the building. 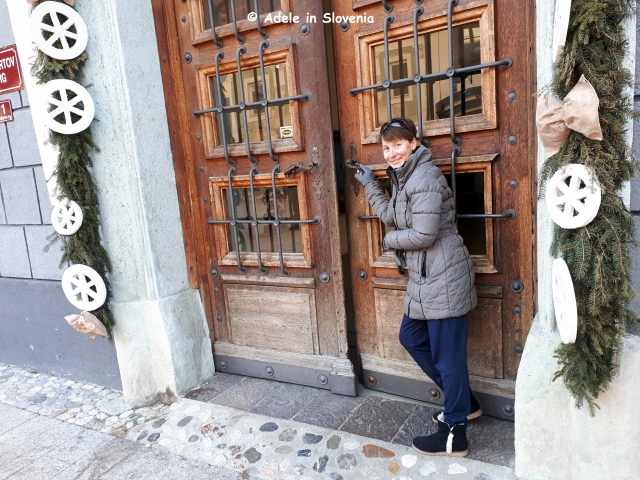 Before reaching the staircase you will notice a photographic exhibition on the right-side of the entrance hall. The exhibition changes every month so it’s always worth popping in for a look when passing!

Much of the space on the ground floor is today given over to the Radovljica Music School. But if you have a nose around, you will discover other hidden features, such as this sundial, which I discovered for the first time today, despite having lived here for almost 13 years!

Head up the magnificent stairs to visit the Museum of Apiculture and the adjoining Municipal Museum, while numerous concerts take place throughout the year in the Baroque Hall with its amazing acoustics.

The Museum of Apiculture is a hive of activity for beekeepers and bee enthusiasts! It houses a wide collection of bee hives and figural hives, beekeeping equipment and tools. 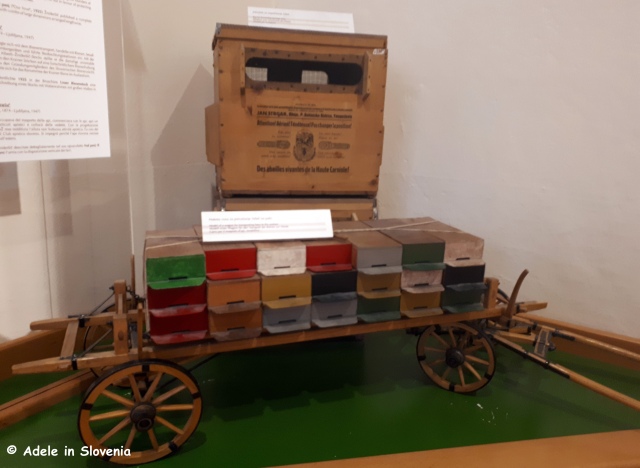 The museum’s extensive collection of painted beehive frontal panels, including the oldest known in the world, is a particular highlight. Each one tells its own unique folk tale.

The manor also plays host to some of Radovljica’s larger annual events, among them the Radovljica Chocolate Festival, which takes place both indoors and outdoors at various venues throughout the town, as well as the Radovljica Festival – a festival of early music.

A chocolate-themed fashion show in the Radovljica Manor! 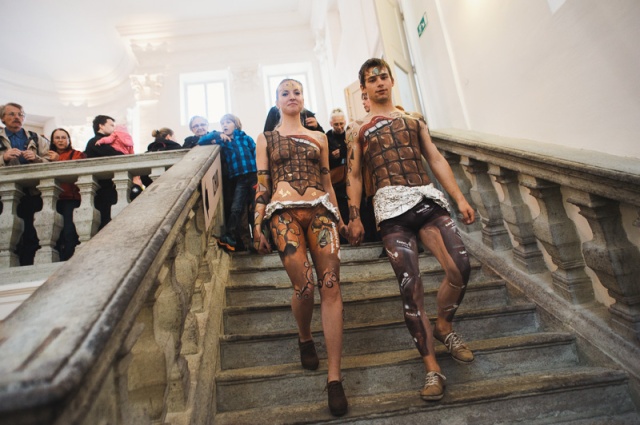 The Radovljica Manor also makes a special venue for weddings and other ceremonies/celebrations.

Outside, to the right of the manor, there is a statue of the art historian and honorary citizen of Radovljica Cene Avguštin, and also a small exhibition titled ‘Radovljica, Our Old Town Through the Centuries’.

So, when visiting Radovljica, be sure to take time to discover the manor – both inside and out. And to end, one useful tip…there are toilets on the ground floor. Not an attraction in themselves but always good to know, wouldn’t you agree?!