The Radol’ca area is synonymous with Elan – the world-famous producer of skis, and now you can find out more about the company’s history and innovative products whilst enjoying some interactive fun at the new Elan Alpine Skiing Museum.

The museum is located at the company’s production unit in Begunje na Gorenjskem, just a short distance from Radovljica. It was opened in 2018 by the legendary Swedish skier Ingemar Stenmark, who competed using Elan skis throughout his entire career. The first pair of skis on which Stenmark competed in World Cup races is among the museum’s exhibits. 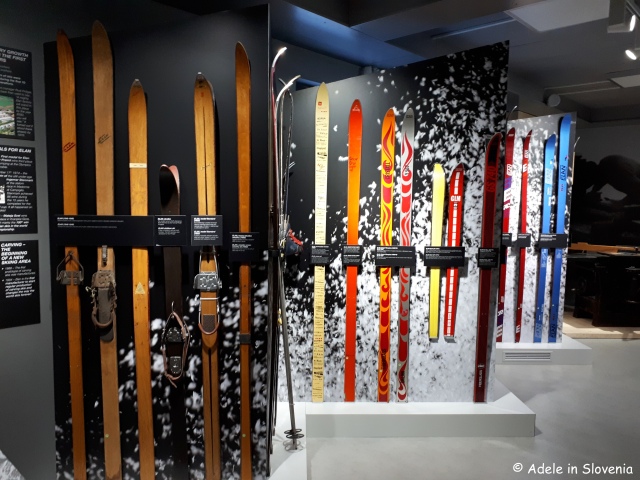 Elan was established in 1945 upon the initiative of the ski jumper and ski maker Rudi Finžgar (1920-1955) who in 1941, despite being young and inexperienced, became the first Slovenian ski jumper to jump over 100 metres. The company quickly became known for its innovative and trend-setting designs.

The museum showcases Elan’s 70-year history and its sources of inspiration for the future,

There are also exhibits showing some of the achievements of the company’s other divisions, including boats, aeroplanes, sports equipment and wind turbines. 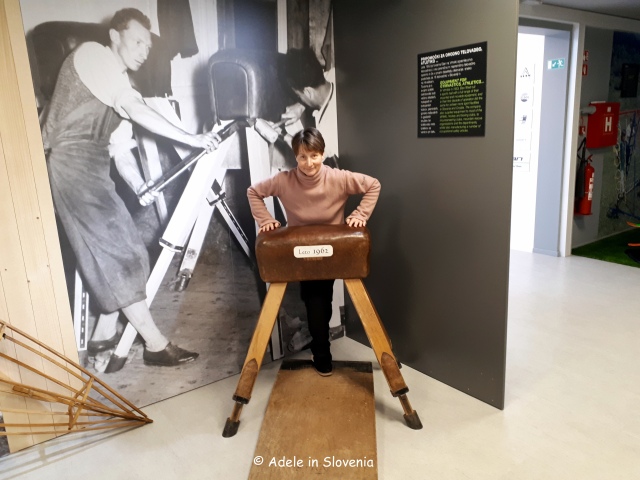 The exhibits are spread over two floors in the small museum. Upstairs you can get a glimpse into a workshop…

…and there is a chance to test your skills and get interactive on the ski simulator. Needless to say, I didn’t score top marks but it was fun having a go nonetheless and a pretty good workout too! 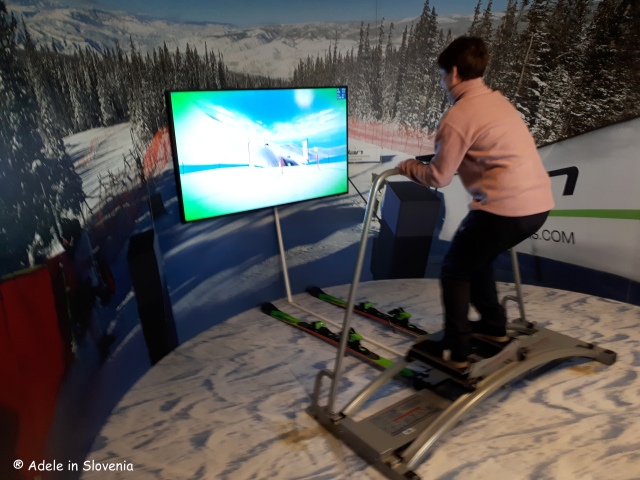 The museum is open Tuesdays – Saturdays from 10am-6pm and offers a great experience for all the family, even for non-skiers like me!

Adjoining the museum is the Elan Sports Shop, which is crammed with sports apparel, both Elan’s own-brand products and other brand names, which you can access from outside or alternatively once you make it past the finish line!

Whilst in the area you can also visit the many other numerous attractions and sights of interest in the village of Begunje na Gorenjskem and its surroundings, among them Kamen Castle, the Avsenik Museum, Katzenstein Mansion and the Museum of Hostages and two Taste Radol’ca restaurants – Gostišče Draga and Gostilna Pr’Tavčar. If you want to get active then you can take a walk on the St. Peter’s Trail, the Begunje Village Trail or visit the Draga Valley from where you can set off on hikes in the Karavanke mountains.